Sergo Mikoyan, who died in 2010, was a historian specializing in Latin America and in Soviet-Latin American relations. Svetlana Savranskaya is a research fellow at the National Security Archive at George Washington University. 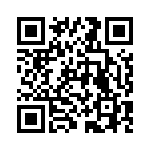