This was a history of physics and the philosophy of natural science, while at the same time being a defense of the Copenhagen Interpretation of quantum theory. It is grounded in the argument between ... Read full review

I had to write a review because all the others present on Google books totally miss the point- indeed, I think some of them did not finish it.
The book starts with a layman's explanation of what quantum physics shows us. This includes a tiny bit of math, some history and also a unique window into the group that produced the Copenhagen Interpretation, of which Heisenberg was the principal. This is only short. Beyond this, the author considers the various aspects of human life (culture, science, philosophy) and considers how they might be affected by the counterintuitive things discovered at the point of subatomic reality.
Amazingly, many of his predictions have already come to pass, particularly with regards to culture and philosophy. Others we are seeing unfold before us now, it really is a most excellent read for anybody even tangentially interested.

A winner of the Nobel Prize, Werner Heisenberg (1901–1976) was born in WÜrzberg, Germany, and received his doctorate in theoretical physics from the University of Munich. He became famous for his groundbreaking Uncertainty (or Indeterminacy) Principle. After World War II he was named director of the Max Planck Institute for Physics and Astrophysics. 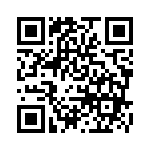