Started reading this in February (2014); by June I was only 12 chapters into the first book of this trilogy. Thankfully, it was free from Amazon.com during a promo. It just doesn't make any sense. Too ... Read full review 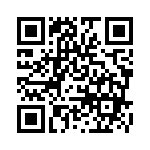