The Rushdie affair: the novel, the Ayatollah, and the West

There has been a sudden deluge of books about Salman Rushdie and the attempt to silence him. This book, written by an expert on Middle East politics, is one of the better ones. Besides recounting the ... Read full review

It is useful, post-9/11, to review the Rushdie story. A postscript cites more recent threats and acts of violence against muslim critics. Read full review 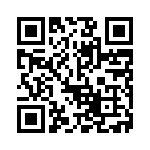