Censorship has been used throughout the years to "protect" children, women, the mentally deficient and the socially inferior classes who are simply to fragile or vulnerable to be exposed to dangerous ... Read full review

NOT IN FRONT OF THE CHILDREN: "Indecency," Censorship, and the Innocence of Youth

A closely argued brief for free speech. Heins's case relies on precedent and law, but her arguments take place in a sealed intellectual chamber isolated from the real and messy world. She begins with ... Read full review

Marjorie Heins is a former civil liberties lawyer and author of several books, among them: "Priests of Our Democracy: The Supreme Court, Academic Freedom, and the Anti-Communist Purge," which won the Hugh M. Hefner First Amendment Award in Book Publishing. Her other title's include: "Not in Front of the Children: Indecency, Censorship, and the Innocence of Youth" (2nd edition, 2007), which won the American Library Association's Eli Oboler Award for best published work in the field of intellectual freedom; and "Ironies and Complications of Free Speech," a collection of news and commentary from the Free Expression Policy Project, which she directed from 2001-2017. In the 1990s, she directed the Arts Censorship Project at the ACLU. She has also been a fellow at the Brennan Center for Justice, the Open Society Institute, and the Frederic Ewen Center for Academic Freedom. She lives in Manhattan and volunteers as a tour guide at the Metropolitan Museum of Art. 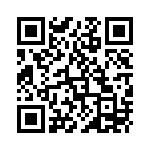