The foremost interpreter of Japanese history and culture provides an incomparable description and analysis of present-day Japan in all its complexity. Read full review

The Japanese today: change and continuity

A revised edition of The Japanese (1977; 1981) by eminent Japan scholar Reischauer. As before, the text begins with a sketch of Japanese history and society, with more, mostly new illustrations. A new ... Read full review 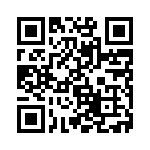