Robert C. Tucker is professor emeritus of politics at Princeton University. Among his publications are Stalinism: Essays in Historical Interpretation; The Soviet Political Mind, rev. ed.; The Marxian Revolutionary Idea; Stalin as Revolutionary: A Study in History and Personality, 1879-1929; and Stalin in Power: The Revolution from Above 1928-1941. 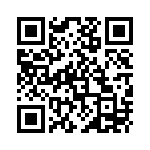