Samuel Charters was born in Pittsburgh, Pennsylvania on August 1, 1929. After serving in the Army during the Korean War, he spent time in New Orleans, where he played clarinet, banjo and washboard in bands and studied with the jazz clarinetist George Lewis. He received a degree in economics from the University of California, Berkeley. His first book, The Country Blues, was published in 1959 and was released in tandem with an album also entitled The Country Blues. His other books included The Roots of the Blues, The Legacy of the Blues, The Poetry of the Blues, The Bluesmen, Jazz New Orleans, A Language of Song: Journeys in the Musical World of the African Diaspora, Songs of Sorrow, and The Harry Bright Dances. He also produced albums including Chicago: The Blues Today! and the first four albums by Country Joe and the Fish. He published several poetry collections including Things to Do Around Piccadilly and What Paths, What Journeys as well as several novels including Louisiana Black and Elvis Presley Calls His Mother After the Ed Sullivan Show. He also translated works by Swedish authors and wrote a book in Swedish entitled Spelmannen, about Swedish fiddlers. He died of myelodysplastic syndrome, a type of bone marrow cancer, on March 18, 2015 at the age of 85. 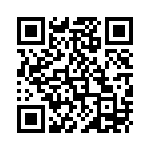