Peter Geschiere is Professor of African Anthropology at the University of Leiden, The Netherlands. He is the author of Pathways to Accumulation in Cameroon, Old Modes of Production and Capitalist Encroachment, and Village Communties and the State. 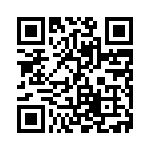