BERNADETTE H. SCHELL is Founding Dean of the new University of Ontario Institute of Technology in the Greater Toronto area. Previously, she was Director of the School of Commerce and Administration, Laurentian University, Canada.JOHN L. DODGE is Professor in the School of Commerce and Administration, Laurentian University, Sudbury, Ontario, Canada. As a partner in a management consulting firm, he lectures and consults widely on e-commerce and organizational strategy issues. Prior to his academic appointment, he was president and CEO of a venture capital firm, and vice-president of development for a mining and development company. He holds a Bachelor of Engineering from Dalhousie University, a Master of Business Administration from The University of Western Ontario and a PH.D. from the University of Bradford in the U.K. He is a Certified Management Consultant (CMC) and a Professional Engineer (P.ENG). 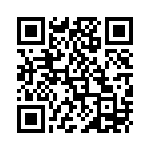