Published long before the commercialization of the Internet and widespread use of personal computers and mobile devices, this work almost signals the coming Digital Economy. It highlights the economic and strategic value of information. The author is also known for his work on endogenous economic growth. This is also worth reading since there is emphasis on information intensive activities, human capital, and innovation.

A past president of the American Economic Association, Kenneth J. Arrow was awarded the Nobel Memorial Prize in Economic Science in 1972. 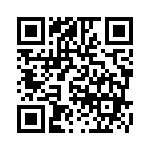