Eleanor Ty is a professor in the Department of English and Film Studies at Wilfrid Laurier University. 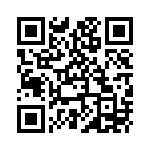