Reading this book is like walking through a dark room with nothing to hold on to.

Conrad Totman is Professor Emeritus at Yale University. He has also taught Japanese history at the University of California, Santa Barbara and at Northwestern University. He is the author of ten previous books, including Japan before Perry: A Short History (1981), Early Modern Japan (1993) and Pre-industrial Korea and Japan in Environmental Perspective (2004). 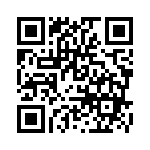