After having acted for over 35 years, I'm trying to further hone my skills by taking on some formal training. This is one of the books that have been recommended to me. The American school of acting ... Read full review

Marina Caldarone is a freelance theatre and radio drama director who has also been actively involved in actor training in Britain's leading drama schools for the last twenty years.

Maggie Lloyd-Williams is an actor. She has performed at the National Theatre, Soho Theatre, Tricyle and Shakespeare's Globe, amongst other places. She has also appeared in several TV series. 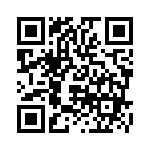