Dan Gutman was born in New York City on October 19, 1955. He received a degree in psychology from Rutgers University in 1977. He started a video game magazine in 1982 called Video Games Player, which later became Computer Games. When the magazine went out of business in 1985, he decided to become a full-time writer. He wrote several non-fiction baseball books for adults, before changing his focus to non-fiction sports books for children. In 1994, he decided to switch to children's fiction. He is the author of the Baseball Card Adventures Series, My Weird School series, My Weird School Daze series, My Weirder School series, and The Genius Files series. In 2014 his title, Texas with Love, which was the fourth book in the Genius Files Series, made The New York Times Best Seller List. 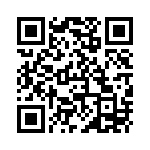