Henry James (1843-1916) was born in New York and settled in Europe in 1875. He was a regular contributor of reviews, critical essays, and short stories to American periodicals. He is best known for his many novels of American and European character. 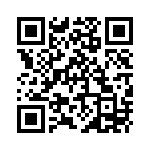