The Native American Church is the most rapidly growing religious movement on Western Indian reservations. Because the consumption of peyote, a hallucinogenic cactus, is central, the religion has been ... Read full review

Omer C. Stewart received the Ph.D. from the University of California, Berkeley, as a student of A. L. Kroeber, Robert H. Lowie, and Carl Sauer. No non-Indian knew the Native American Church and its history better than he. 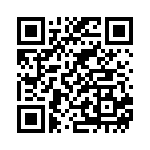