Seweryn Bialer was born in Berlin, Germany on November 3, 1926. He was raised in Lodz, Poland. At the age of 13, he was relocated to the Jewish ghetto in Lodz. There he discovered the writings of Karl Marx and joined the Communist underground. Bialer was imprisoned at the Auschwitz and Friedland camps. After the war ended, he held posts in the Polish government and the Polish Communist Party. He received a doctorate from the Polish Academy of Sciences Institute for the Education of Scientific Cadres. In 1954, he made his first trip to the Soviet Union as part of a delegation from the Polish Communist Party. He decided to leave the system. In January 1956 while on an official trip to East Berlin, he defected to West Berlin. By June 1956, he was testifying before a Senate Judiciary subcommittee about the inner workings of the Soviet system. He spent several years as a research analyst for United States government agencies. He joined the faculty of Columbia University in 1964 and taught there for 33 years. He received a Ph.D. in political science from Columbia in 1966 with a dissertation on the Soviet political elite. He wrote several books including Stalin and His Generals: Soviet Military Memoirs of World War II; Stalin's Successors: Leadership, Stability and Change in the Soviet Union; and The Soviet Paradox: External Expansion, Internal Decline. He died from heart failure on February 8, 2019 at the age of 92. 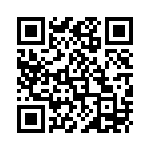