A very interesting book, probably one of the best reads for me for this year. It details the close ties between the Israeli Defense Forces (IDF) and the nation's entrepreneurial class as in a large ... Read full review

This audio does not live up to its title. There are some very interesting stories of Israel’s entrepreneurial landscape and success; however it is biased to the point of being a marketing pitch. He ... Read full review

Dan Senor, Adjunct Senior Fellow for Middle East Studies at the Council on Foreign Relations, has been on the front lines of policy, politics, and business in the Middle East. As a senior foreign policy advisor to the U.S. Government , he was one of the longest-serving civilian officials in Iraq. He has also served in Qatar and studied in Israel. Senor's pieces are frequently published by the Wall Street Journal. Saul Singer is the editorial editor of the Jerusalem Post, for which he writes a weekly column, and the author of Confronting Jihad: Israel's Struggle and the World after 9/11. For ten years, he served as a foreign policy advisor on Capitol Hill. http://www.startupnationbook.com/ 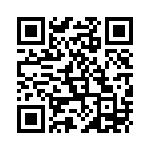