Melvyn Chases public relations career spans more than thirty-five years. When he retired from corporate life, he continued to work as a consultant, but also returned to his first love: fiction. His approach is eclectic. His stories may be serious or humorous, soothing or scary, here-and-now or who-knows-when. He says that his characters determine the style and setting of each story, and that he tries not to interfere. And, he adds, they often surprise him. Chase was born and raised in Brooklyn, New York. He earned a B.A. in English Literature at Brooklyn College and an M.A. at New York University. He and his wife, a retired editor and publicist, live in suburban Connecticut, only a short drive from their son and daughter and four grandchildren. 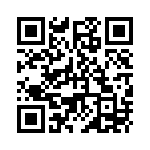