DONALD R. and FLORENTINE E. WHITNAH worked in the U.S. War Department in Salzburg during 1946 and 1947 and have been engaged in research and writing about Austria ever since. Awarded the Commander's Cross Order of Merit by the Republic of Austria and Distinguished Scholar Award by Northern Iowa University, Donald Whitnah is the author of Government Agencies (Greenwood Press, 1983) and The American Occupation of Austria: Planning and Early Years with Edgar L. Erickson (Greenwood, 1985). 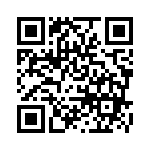