A decent introduction to quantum theory, with some nice detail about the personalities involved in its discovery. However, the section on "further developments" felt rushed, and the mathematical ... Read full review

This book was a nice little review of quantum theory for me. It might be a little advanced for the average person's background but only in some areas. It has some nice analogies and the historical background with mentions of specific scientists and their work is good. Read full review

John Polkinghorne was from 1968 to 1979 Professor of Mathematical Physics in the University of Cambridge, and later president of Queen's College. He is a Fellow of the Royal Society, and was knighted in 1997. His many books include The Quantum World (1986), The Faith of a Physicist (1994), and Science and Theology (1998). 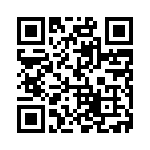