Eric Cochrane (1928-85) was professor of history at the University of Chicago.

John W. Boyer is the Martin A. Ryerson Distinguished Service Professor in History at the University of Chicago. In 2012, he was appointed to a fifth term as Dean of the College. nbsp;A specialist in the history of the Habsburg Empire, he has written three books on Austrian history, including, most recently, Karl Lueger (1844-1910): Christlichsoziale Politik als Beruf.

Sir Matthew Hale (1609-1676), lawyer and jurist, retired as lord chief justice of England. Charles M. Gray is professor emeritus of history at the University of Chicago, the author or coauthor of several books, and a former coeditor of the Journal of Modern History. 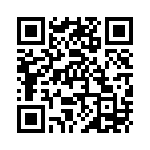