Elizabeth R. Baer is Research Professor of English and African Studies at Gustavus Adolphus College in St. Peter, Minnesota. She is co-editor (with Hester Baer) of Shadows on My Heart and (with Myrna Goldenberg) of Experience and Expression and author of The Golem Redux and The Genocidal Gaze.

James Baker is Lecturer in Digital History and Archives at the University of Sussex, England, specializing in the history of long eighteenth century Britain and born digital archives and archiving circa 1990 to the present.

Sergio da Silva Barcellos is Post-Doctorate at Universidade Unigranrio, Rio de Janeiro, through the PNPD program of Capes Foundation, from the Ministry of Education of Brazil.

Batsheva Ben-Amos is Adjunct Professor of Comparative Literature in the College of Professional and Liberal Arts at the University of Pennsylvania and a practicing clinician and has written about Holocaust diaries.

Dan Ben-Amos is Professor of Folklore and Comparative Literature in the Department of Near Eastern Languages and Civilizations at the University of Pennsylvania. He is the author of numerous titles, including Sweet Words, Folklore in Context, Jewish Folk Literature, (with Jerome Mintz) In Praise of the Baal Shem Tov, (with Kenneth S. Goldstein) Folklore: Performance and Communication, Folklore Genres, and volumes 1 through 3 of Folktales of the Jews. He is also the editor of the Rafael Patai Series in Jewish Folklore and Anthropology at Wayne State University Press.

Catherine Bogaert is an active member of APA (Association pout l'autobiographie et le patrimoine autobiographic). She curated the exhibition at the Biblioteque Municipale de Lyon dedicated to the diary and is co-author (with Philippe Lejeune) of Histoire D'une Pratique, Un Journal AĚ Soi.

Michel Braud is Professor of French Language and Literature at the University of Pau and the Pays de l'Adour in France. He is the author of La Forme des jours and editor of the anthology Journaux intimes.

Lena Buford is Director of Finance for the Annenberg Public Policy Center at the University of Pennsylvania. She formerly maintained blogs at the urls www.garbaj.com and www.fatdiaries.com, ghosts of which can still be found via the Internet Archive's "Wayback Machine."

Suzanne L. Bunkers is Professor Emerita of English at Minnesota State University-Mankato. She is the author of In Search of Susanna, co-author (with Frank W. Klein) of Good Earth, Black Soil, editor of Diaries of Girls and Women: A Midwestern Sampler, A Pioneer Farm Girl, "All Will Yet Be Well": The Diary of Sarah Gillespie Huftalen, 1873-1955, and The Diary of Caroline Seabury, 1854-1863, and co-editor (with Cynthia Huff) of Inscribing the Daily.

Kylie Cardell is Lecturer in the School of Humanities and Creative Arts at Flinders University, Australia. She is the author of Dear World: Contemporary Uses of the Diary and the co-editor (with Kate Douglas) of Telling Tales: Autobiographies of Childhood and Youth.

Kathryn Carter is Associate Vice President of Teaching and Learning at Wilfrid Laurier University in Ontario, Canada. She is the editor of The Small Details of Life: Twenty Diaries by Women in Canada: 1830-1996.

Dan Doll is Associate Professor of English at the University of New Orleans, Louisiana. He co-edited (with Jessica Munns) Recording and Reordering: Essays on the Seventeenth- and Eighteenth-Century Diary and Journal.

James M. Hargett teaches Chinese Language and Literature at the University at Albany, State University of New York. He is the author of Stairway to Heaven: A Journey to the Summit of Mount Emei and Riding the River Home: A Complete and Annotated Translation of Fan Chengda's (1126-1193) Diary of a Boat Trip to Wu (Wuchuan lu).

Kimberly Harrison is Professor of English and Director of Writing Programs at Florida International University. Her most recent book is The Rhetoric of Rebel Women: Civil War Diaries and Confederate Persuasion.

Jochen Hellbeck is Distinguished Professor of History at Rutgers University. His most recent book is Stalingrad: the City that Defeated the Third Reich.

Desirée Henderson is Associate Professor of English at the University of Texas, Arlington. She is the author of Grief and Genre in American Literature, 1790-1870.

Kimberly Katz is Professor of Middle East History at Towson University. She is the author of Jordanian Jerusalem: Holy Places and National Spaces and A Young Palestinian's Diary: The Life of Sami 'Amr.

Leena Kurvet-Käosaar is Associate Professor of Literary Theory at the University of Tartu and Senior Researcher at the Estonian Literary Museum, Estonia. She is the coeditor (with Paul Arthur) of a special volume of the journal, Life Writing titled, Private Lives, Intimate Readings.

Philippe Lejeune is Professor Emeritus of French Literature at Université Paris-Nord. He is the author of On Autobiography and On Diary. He founded the French Association pour l'autobiographie (APA – the Association for Autobiography), which collects and archives unpublished ordinary autobiographical writings.

Dagmara Meijers-Tröller was an experienced translator from French into English. A member of the ATA, she was educated at Indiana University, Bloomington, Pantheon Sorbonne University, Paris, and London Metropolitan University.

Marilyn Ferris Motz is Emerita Associate Professor of Popular Culture at Bowling Green State University. She is the author of True Sisterhood: Michigan Women and their Kin, 1820-1920 and co-edited (with John Nachbar) Eye on the Future: Popular Culture Scholarship into the Twenty-First Century, among other titles.

Elizabeth Podnieks is Professor of English and Communication and Culture at Ryerson University, Toronto. She is the author of Daily Modernism: The Literary Diaries of Virginia Woolf, Antonia White, Elizabeth Smart, and Anaďs Nin and the critical edition Rough Draft: The Modernist Diaries of Emily Holmes Coleman, 1929-1937 (2012), among others.

Julie Rak is Professor of English and Film Studies at the University of Alberta, Canada. Her latest book is Boom! Manufacturing Memoir for the Popular Market. She is also the coeditor (with Jeremy Popkin) of an English translation of Philippe Lejeune's book On Diary.

Leonard V. Smith is Frederick B. Artz Professor of History at Oberlin College. He is the author of The Embattled Self: French Soldiers' Testimony of the Great War, Between Mutiny and Obedience: The French Fifth Infantry Division during World War I, and co-author of France and the Great War, 1914-1918.

Agnieszka Sobocinska is Senior Research Fellow at the National Centre for Australian Studies at Monash University, Australia. She is the author of Visiting the Neighbours: Australians in Asia and coeditor (with David Walker) of Australia's Asia: from Yellow Peril to Asian Century.

Françoise Simonet-Tenant is Professor of French Literature at the University of Rouen, France. She is the author of The Diary and Diary and Letters (1785-1939) or elective affinities, and editor of a Dictionary of Autobiography. Life Writing in the French Language.

Jill Walker Rettberg is Professor of Digital Culture at the University of Bergen, Norway. She is co-editor (with Hilde G. Corneliussen) of Digital Culture, Play, and Idenitity: A World of Warcraft Reader and author of Blogging and Seeing Ourselves Through Technology. Her blog is at http://jilltxt.net. 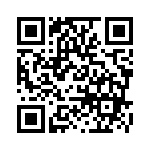