Reading these stories reminded me of the way I felt when I was reading fairy tales as a kid. And how can a librarian not like a story where a gang of teenage friends is obsessed with a TV series ... Read full review

It's always hard to rate short story collections but these range from 3-5, including my favorite - the titular Magic for Beginners. I read it elsewhere in another multi-author collection and that's ... Read full review

Kelly Link is the author of three collections of short stories, Stranger Things Happen, Magic for Beginners, and Pretty Monsters. Her short stories have won the Nebula, Hugo, Locus, and World Fantasy Awards. She was born in Miami, Florida, and once won a free trip around the world by answering the question ?Why do you want to go around the world?” (”Because you can't go through it.”)

Link and her family live in Northampton, Massachusetts, where she and her husband, Gavin J. Grant, run Small Beer Press, and play ping-pong. In 1996 they started the occasional zine Lady Churchill's Rosebud Wristlet. 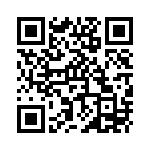