Zhao Ziyang, former Chairman of the Communist Party in China, was politically sidelined in May 1989 and went into house arrest as a result of his opposition to the government response to students ... Read full review

The internal workings, and funtionary names, of the Chinese Communist Party can be dizzying but Ziyang's very detailed account, from the General Secretary's seat, of the politics involved in China's ... Read full review

ZHAO ZIYANG was the Premier of China from 1983 until 1987 when he became the General Secretary of the Communist Party of China, a position he held until 1989 when he was deposed and put under house arrest until his death in 2005.

Adi Ignatius is an American journalist who covered China for The Wall Street Journal during the Zhao Ziyang era. He is currently editor in chief of the Harvard Business Review.

Bao Pu, a political commentator and veteran human rights activist, is a publisher and editor of New Century Press in Hong Kong. 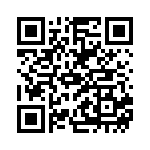