Masahiro Kawai joined the Asian Development Bank Institute (ADBI) as Dean in 2007 after serving as Head of ADB's Office of Regional Economic Integration. Previously, he was a Professor of Economics at the University of Tokyo. He also served as Deputy Vice Minister of Finance for International Affairs of Japan's Ministry of Finance and Chief Economist for the World Bank's East Asia and the Pacific region. He was a consultant at the Board of Governors of the Federal Reserve System and at the International Monetary Fund and Special Research Advisor at the Institute of Fiscal and Monetary Policy in Japan's Ministry of Finance. He has published numerous books and academic articles on economic globalization and regionalization, and regional financial integration and cooperation in East Asia. He earned his PhD in economics from Stanford University.


Mario B. Lamberte is Director of Research at ADBI. Prior to joining ADBI, he worked for the Philippine Institute for Development Studies (PIDS) as a Research Fellow from 1981 to 1986, Vice-President from 1987 to 1997 and President from 1998 to March 2005. He advised the Philippine Senate on legislative measures pertaining to financial markets and trade policy reforms. He served as a consultant of several multilateral and bilateral donor agencies in several occasions. He has authored and co-authored several published research papers and edited several books. His current areas of interest are regional economic cooperation and integration, financial markets and development economics. Dr. Lamberte earned his doctoral degree in economics from the University of the Philippines in 1982 and spent his post-doctoral studies at Stanford from 1983 to 1984 was a visiting fellow at the International Food Research Institute in 1989. He was elected President of the Philippine Economic Society (PES) in 1993.

Yung Chul Park is Research Professor and Director at Center for International Trade and Finance, Graduate School of International Studies, Seoul National University. He is also a member of National Economic Advisory Council. He was an Ambassador for International Economy and Trade, Ministry of Foreign Affairs and Trade, and also Chairman of the board at the Korea Exchange Bank. He has served as Chief Economic Adviser to President Doo Hwan Chun of Korea, as President of the Korea Development Institute, President of the Korea Institute Finance, and as a member of the Bank of Korea's Monetary Board. He was also Director of the Institute of Economic Research at Korea University, taught at Harvard University and Boston University, and worked for the International Monetary Fund. He received his Ph.D. from the University of Minnesota. From June to December of 1998, he managed the merger of Korea's two largest commercial banks as Chairman of the CBK-Hanil Bank Merger Committee. 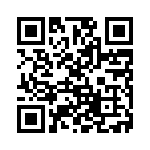