Eric Tyson, MBA: A personal financial writer, lecturer, and former financial counselor, for the past two-plus decades Eric has been his own boss. He works with and teaches people from a myriad of income levels and backgrounds, so he knows the small business ownership concerns and questions of real folks just like you.
After toiling away for too many years as a management consultant to behemoth financial-service firms, Eric decided to take his knowledge of the industry and commit himself to making personal financial management accessible to everyone. Despite being handicapped by a joint BS in Economics and Biology from Yale and an MBA from Stanford, Eric remains a master at “keeping it simple.”
An accomplished freelance personal-finance writer, Eric is the author or coauthor of numerous other For Dummies national bestsellers on personal finance, taxes, investing, and home buying, and is a syndicated columnist. His Personal Finance For Dummies won the Benjamin Franklin Award for Best Business Book.
Eric’s work has been critically acclaimed in hundreds of publications and programs, including Newsweek, The Los Angeles Times, The Chicago Tribune, Kiplinger’s Personal Finance Magazine, The Wall Street Journal, Bottom Line Personal, as well as NBC’s Today show, ABC, CNBC, PBS’s Nightly Business Report, CNN, FOX-TV, CBS national radio, Bloomberg Business Radio, and Business Radio Network.

Jim Schell: Contrary to what some people may think, Jim has not always been a grizzled veteran of the small-business wars. Raised in Des Moines, Iowa, and earning a BA in Economics at the University of Colorado, Jim served in the U.S. Air Force in Klamath Falls, Oregon. Jim’s entrepreneurial genes eventually surfaced when he and three Minneapolis friends started The Kings Court, at the time the nation’s first racquetball club. Two years later, Jim bought General Sports, Inc. After another two years, he started National Screenprint, and, finally, he partnered with an ex-employee in Fitness and Weight Training Corp. Each of the start-ups was bootstrapped, and each was privately held. For several years, Jim involved himself in the management of all four businesses at the same time. His third business, National Screenprint, ultimately grew to $25 million in sales and 200 employees.
Relocating to San Diego, Jim began a long-simmering writing career, authoring four books (The Brass Tacks Entrepreneur, Small Business Management Guide, The Small Business Answer Book, and Understanding Your Financial Statements) and numerous columns for business and trade magazines. 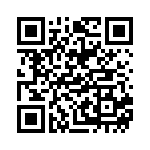