ROBERT DOMINGUEZ became a lifelong Yankees fan while growing up in the South Bronx in the shadow of the old Yankee Stadium, home office for many of his fondest childhood memories: Playing Little League in the park across the street where the new Stadium now stands, sneaking into countless games once the ushers left the gate, and thinking Bobby Murcer was even cooler than Joe Mannix and John Shaft combined.

As a writer/editor for the New York Daily News for nearly 25 years, Robert’s had a chance to meet many of the former players he grew up idolizing. But he considers the full-count walk he worked against Ron Guidry while writing a story on Yankee Fantasy Camp as perhaps the shining moment of his journalistic career.

DAVID HINCKLEY discovered baseball in the summer of 1956, when he was 7 years old. His team was the Brooklyn Dodgers. On Oct. 8 of that year, he raced home from third grade to ask his mother what had happened in the fifth game of the World Series, which had been tied 2-2. His mother, who was not a sports fan but had dutifully listened to the game on his behalf, looked up from her ironing to say she wasn't sure, but she thought one team didn't get any hits. That was the moment at which David realized that no matter what team you rooted for, your baseball universe would include the Yankees.

A severe shortage of talent prevented him from taking his own baseball dreams anywhere, though one summer he did lead the Northern New Jersey Newspaper League in triples. Fortunately, journalism didn’t set the bar quite as high as baseball, so he spent 50 years in that field, most of them with the New York Daily News. 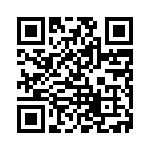