There are several words that come to mind when I think of Thoreau and his work, Walden. Right up front I have to say Walden is important, even necessary. Every student needs to read it at least once ... Read full review

I feel wholly inadequate to review this wonderfully poetic and humorous account of Thoreau's two year experiment living in a shack that he build in the woods next to Walden Pond. I just finished the ... Read full review

Jeffrey S. Cramer is curator of collections, The Thoreau Institute at Walden Woods. He is the editor of Thoreau on Freedom: Attending to Man: Selected Writings of Henry David Thoreau. 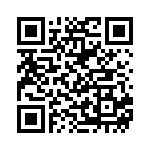