God's mountain: the Temple Mount in time, space, and memory

Eliav (Rabbinic literature, Univ. of Michigan) opines that insufficient attention has been paid to the ways in which Jerusalem's Temple Mount, one of the world's most contested religious sites, has ... Read full review

Yaron Z. Eliav is the Jean and Samuel Frankel Associate Professor for Rabbinic Literature at the University of Michigan. 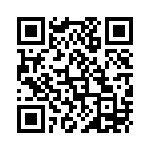