Noam Chomsky is one of the world's leading intellectuals, father of modern linguistics, outspoken media and foreign policy critic and tireless activist. Barry Pateman is the curator of the Emma Goldman Archive at the University of California Berkeley and wrote the introduction to AK Press' Chomsky on Anarchism. 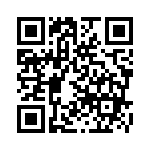