The Truth at the Heart of the Lie: How the Catholic Church Lost Its Soul

Born into a devoutly Catholic family as the son of an army general, Carroll attended Catholic schools all through college and entered the Paulist order, receiving his seminary education as Vatican II ... Read full review

James Carroll served as Catholic chaplain at Boston University from 1969 to 1974. He left the priesthood to become a writer, and for twenty-three years he wrote a weekly op-ed column for The Boston Globe. He has written twelve novels and nine works of nonfiction, including his memoir An American Requiem, winner of the National Book Award; Constantine’s Sword, a New York Times bestseller and winner of the National Jewish Book Award; and a history of the Pentagon, House of War, winner of the PEN/Galbraith Award. Carroll is a fellow of the American Academy of Arts and Sciences. He lives in Boston with his wife, the writer Alexandra Marshall. 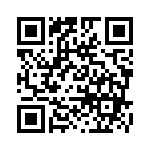