Abandoned it at 25%. The big ideas are understandable. I got bogged down in much of the explanations and the book is due back at the library soon. I skimmed through the rest of it and think I got the ... Read full review

There is an old adage, 'With great power comes great responsibility', and Reich argues that large corporations, banks, and Wall Street have neglected this duty in exchange for short-term personal gain ... Read full review

ROBERT B. REICH is Chancellor’s Professor of Public Policy at the Richard and Rhoda Goldman School of Public Policy at the University of California, Berkeley, and senior fellow at the Blum Center for Developing Economies. He has served in three national administrations and has written fourteen books, including The Work of Nations, which has been translated into twenty-two languages, and the best sellers Supercapitalism and Locked in the Cabinet. His articles have appeared in The New Yorker, The Atlantic, The New York Times, The Washington Post, and The Wall Street Journal. He is co-creator of the award-winning 2013 film Inequality for All. He is also chair of the national governing board of Common Cause. He lives in Berkeley. 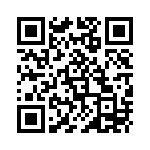