Pseudo-science. Probably, not worth your time unless you want verification that the purpose of creation science is to foster teaching religion in public schools. Read full review

I loved it. They covered just about every aspect of the evolution/creation debate and presented it completely through science. I believe the Bible, but most evolutionists don't. I will re-read this book and use the information with many people. Read full review

In the years since the initial publication of What is Creation Science?, the significance of this book cannot be overestimated.  The legacy of the late Dr. Henry Morris, a committed and credentialed scientist and the enduring work of Dr. Gary Parker, put on firm footing the legitimacy of creation science research. 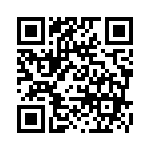