The second part of a trilogy, written last. It is the story of the early life of Chester Nimmo who grows up in a poor fundamentalist family on the moors in Devon in the mid-Nineteenth Century. It ... Read full review

Joyce Cary was born as Arthur Joyce Lunel Cary in Londonderry, Northern Ireland, in 1888. Cary studied art in Edinburgh and Paris and law at Oxford, before fighting in West Africa in World War I. He took up writing when injuries and bad health forced him into an early retirement. Cary wrote several novels, among them Mister Johnson, using his experiences in Africa as background. Cary has been acclaimed for his skill in creating well-developed plots and credible characterizations and for his unique sense of humor, and is best known for a trilogy that includes the novels Herself Surprised, To Be a Pilgrim, and The Horse's Mouth. Cary died in 1957. 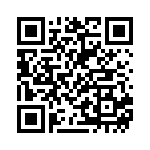