I have a confession to make: I am biased about this book. I love Michel Richard's food with the kind of passion that is reserved for unique childhood experiences forever remembered with fondness. When ... Read full review

Innovative and playful. In many ways neo-Escoffian in that Richard concentrates on transforming ingredients into other ingredients (e.g. squid into pasta) rather than presenting them in and of ... Read full review

Michel Richard, chef of Citronelle in Washington, D.C., made that rarest of leaps in the world of food—from the pastry kitchen to chef of one of the country’s foremost restaurants. A chef who inspires colleagues with his creativity of invention, he was among the first chefs inducted into the James Beard Foundation’s Who’s Who in American Food and Wine. He has been a guest on Good Morning America and the Food Network, and is featured regularly in such publications as Gourmet. He lives in Washington, D.C., with his wife and children.

Deborah Jones's recent honors include Best Photography in a Cookbook from the James Beard Foundation for her work in Bouchon. A frequent contributor to national magazines, she conducts a parallel commercial career from her San Francisco studio.

Peter Kaminsky is the author and coauthor of many books, including Pig Perfect, Culinary Intelligence, Seven Fires and Mallmann on Fire (with Francis Mallmann), and Charred and Scruffed (with Adam Perry Lang). He is a longtime contributor to Food & Wine and a former columnist for The New York Times and New York magazine. He lives in Brooklyn, New York. 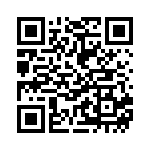