Kiersten Fay is the author of the steamy romance series, Shadow Quest, in which she combines paranormal and sci-fi with loose concepts from lore and mythology. In 2013, her short story, Racing Hearts, was published in The Mammoth Book of Futuristic Romance.

In 2012, via gravetells.com, Kiersten Fay won Favorite Story of August 2012 for Demon Retribution, the third book in her Shadow Quest series, and received a nomination for favorite author in that same year. Before becoming an author, Kiersten worked as graphic designer, and now loves creating her own book covers. 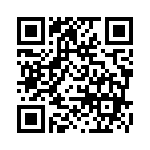