Ken Otter's father, Fred Otter was Chief Yeoman aboard HMS Gloucester and was killed when she sank in 1941. Ken was then only seven months old. After service in the Royal Navy he joined the Metropolitan Police and retired in 1990 as a Chief Inspector. Since then he has been researching the history of the terrible wartime incident that denied him a father. 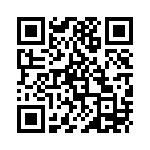