Jack Donovan is a 24-year-old software engineer living in Brooklyn, New York. He graduated from Champlain College in Burlington, Vermont with a BS in game programming and soon after joined IrisVR, a startup founded in Burlington to create oneclick software for architects to visualize models in virtual reality. IrisVR moved to New York City after being accepted into the startup incubator program Techstars and has since moved to an independent office in NoHo, where Jack continues to work. Jack also wrote OUYA Game Development By Example, a book focused on the basics of developing games for the Android-powered OUYA console. Both books use the Unity3D engine for development, which Jack has been using to develop games and software in since 2010. 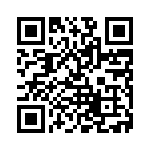