Lawrence Kritzman is the Pat and John Rosenwald Research Professor in the Arts and Sciences and Professor of French and Comparative Literature at Dartmouth. He is the series editor of our European Perspectives series and the editor of Politics, Philosophy, Culture: Interviews and Other Writings, 1977-1984 by Michel Foucault (Routledge, 1990). His publications include: The Rhetoric of Sexuality and the Literature of the French Renaissance (Cambridge, 1991), Auschwitz and After: Race, Culture, and "the Jewish Question" in France (Routledge, 1994), and several monographs published in French (French Forum Publishers). 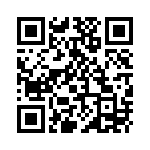