“The Pulp Western is a seminal work in the field, filled with fascinating information about the magazines, their contents, their editors and the most popular writers and characters.”
- J. Randolph Cox for Dime Novel Round-Up
The Pulp Western
A Popular History of the Western Fiction Magazine in America
By John A. Dinan
Boalsburg, PA: BearManor Media, 200.
vi + 152 pages, selected bibliography, index, photographs.
ISBN-1-59393-003-8. paperback $14.95.
In The Pulp Western, John Dinan has chronicled the fascinating three-decade production history of western pulps. There are currently about forty books available on pulp magazines and their cover artwork. However, Dinan is the first to document the western genre of the pulp magazine, its writers, and its importance in American popular culture. Called "pulps" by modern collectors, these magazines are actually novels of 10,000 to 15,000 words. Once known as "westerns" or "adventures," they descend from 19th century dime novels.
Pulps came in five main genres: westerns, science fiction, horror, detective, and romance. Horror and detective pulps were occasionally criticized for violence and veiled sex, but the pulp westerns escaped most of this disapproval. The bad men in westerns usually needed killing, and there was often more affection between the cowboy and his horse than with the female leads.
Pulps were written by a group of unbelievably prolific freelance novelists who were often paid by the word. Many of these authors churned out several complete novels in more than one genre each month "without big-assed words," as one put it. They followed established formulas and produced these works on manual typewriters. More often than not, pulp authors wrote under pseudonyms or "house names," and they received a check but no credit. Even so, pulp freelancers included several famous writers such as Zane Grey, who authored as many as 200 pulps.
Pulps had a subtle and lasting effect on American popular culture, and pulp westerns helped to shape the perception of the American West and the Texas Rangers. Even real Texas Ranger found this notoriety amusing. When famed Texas Ranger Captain Manuel T. Gonzaullas donated his papers to the Texas Ranger Hall of Fame and Museum, he included a stack of Texas Rangers pulp magazines carefully stamped, "Property of Capt. M.T. Gonzaullas."
Western pulps outsold all others. Enthralled by the Old West, youngsters of the 1920s-1940s bicycled down to corner newsstands with 12˘ or 25˘ for the latest issue. There were more than 165 of these magazines to choose from, from Ace High Weekly to Zane Grey's Western Story Magazine. Among them is Texas Rangers, which began publication during the Texas Centennial in 1936 and ran into the 1940s.
Today, pulps are known primarily by collectors and persons over 50, who read them as children. There are two reasons for this obscurity.
First, few pulps survive in readable condition. They were published on low-quality newsprint paper containing sulfuric acid, which quickly darkened to brown and made the paper brittle. Most surviving pulps have to be handled delicately or their pages flake into fragments. Devoted fans of some titles are scanning the survivors and placing the text on the Internet so the magazine will not be lost. Just
as the majority of early motion pictures have irretrievably vanished, many pulp magazines face the same fate.
A second reason pulps are poorly remembered is that they were literature, which required imagination. Often the only artwork was a cover illustration to set the tone; the rest was up to the reader to visualize. No two readers would imagine exactly the same thing, and it was truly a personalized interactive experience between the writer and the reader.
Comic books slowly replaced pulps during the 1940s. They substituted artwork for reader imagination, eliminated most of the prose, and invited little reader creativity. The trend continues today with "graphic novels" that 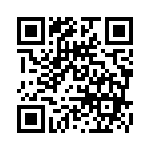