Philip Furia is the author of Irving Berlin: A Life in Song and Ira Gershwin: The Art of the Lyricist. He lives in Wilmington North Carolina. 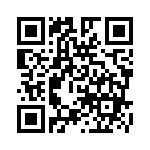