Gerald Sorin is Distinguished Professor of History and Director of Jewish Studies at SUNY New Paltz. His most recent book is Tradition Transformed: The Jewish Experience in America. 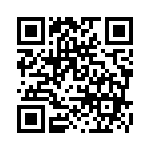