his book was very suspenseful story and I enjoyed reading it. Huck's strategies were fun, such as he disguised himself as a girl. My favorite scene was that Tom and Huck tried to let Jim free. I felt happy when Jim was ale to become a free man. Read full review

Samuel Clemens - steamboat pilot, prospector, and newspaper reporter - adopted the pen name "Mark Twain" when he began his career as a literary humorist. The pen name - a river's pilot's term meaning "two fathoms deep" or "safe water" - appears to have freed Clemens to develop the humorous, deadpan manner that became his trademark. During his lifetime, Twain wrote a great deal. Much of his writing was turned out quickly to make money. Even his least significant writing, however, contains flashes of wit and reveals his marvelous command of colloquial American English. His best work is his "Mississippi writing" - Life on the Mississippi (1883) and The Adventures of Huckleberry Finn (1884). In the latter novel Twain was able to integrate his talent for comic invention with his satirical cast of mind and sense of moral outrage. Novelist Ernest Hemingway declared The Adventures of Huckleberry Finn the greatest American novel and the source of all modern American fiction. Certainly it influenced Hemingway's own work and that of writers as diverse as Saul Bellow and J.D. Salinger. Twain was born in Florida, Missouri, and grew up in Hannibal, a small southern town very similar to the one in which he places his heroes Tom Sawyer and Huckleberry Finn. Twain was a printer for a time, and then became a steamboat pilot, a profession he regarded with great respect all his life. He traveled in the West, writing humorous sketches for newspapers. In 1865, he wrote the short story "The Celebrated Jumping Frog of Calaveras County," which was very well received. He then began a career as a humorous travel writer and lecturer, publishing The Innocents Abroad in 1869, Roughing It in 1872, and, co-authored with Charles Dudley Warner, Gilded Age in 1873. His best-known works, however, are the novels that came out of his childhood in Hannibal: The Adventures of Tom Sawyer (1876) and The Adventures of Huckleberry Finn (1884). Critic and editor of the Atlantic Monthly William Dean Howells, a friend of Twain's, encouraged him to write for that periodical. Howells later wrote an affectionate memoir, My Mark Twain, in which he called Twain, "the Lincoln of our literature." In 1894, a publishing house that Twain had invested in went bankrupt and Twain lost a great deal of money. This was but one of several fortunes he was to lose as a result of his poor business sense and propensity for unrealistic money-making schemes. His personal life was further blighted by the various deaths from illness of an infant son and two grown daughters and the long illness and eventual death of his wife. These experiences of success, failure, sorrow may account for the contrasting extremes of humor and bitterness in Twain's writing. Toward the close of his life, the bitterness predominated, and Twain turned to writing satirical diatribes against God and humanity - so much so that his surviving daughter, Clara, refused to allow these works to be published in her lifetime. Twain was born in the year of Haley's Comet and predicted that he would die in the year of the next Haley's Comet. He did, indeed, die of a heart attack on April 21, 1910, in Redding, Connecticut, one day after the comet's closest approach to Earth. 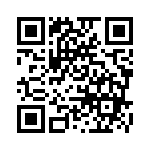