Thomas Merton (1915-1968) was born in France and came to live in the United States at the age of 24. He received several awards recognizing his contribution to religious study and contemplation, including the Pax Medal in 1963, and remained a devoted spiritualist and a tireless advocate for social justice until his death in 1968. Love and Living was originally published in 1979. 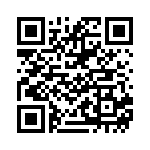