The Gordon Burn Prize every year throws up a really interesting shortlist of books that are recognised as being interesting and different, perhaps in that grey area between fiction and non-fiction ... Read full review

Essay collections, like their short story brethren, are often a mixed bag, and that is true here. Far and away the piece that has stuck with me most is the one about Ben Vereen. I do not use this ... Read full review

Hanif Abdurraqib is a poet, essayist, and cultural critic from Columbus, Ohio. His poetry has been published in PEN American, Muzzle, Vinyl, and other journals, and his essays and criticism have been published in The New Yorker, Pitchfork, The New York Times, and Fader. His first full-length poetry collection, The Crown Ain't Worth Much , was named a finalist for the Eric Hoffer book award and nominated for a Hurston-Wright Legacy Award. His first collection of essays, They Can't Kill Us Until They Kill Us was named a book of the year by NPR, Esquire, BuzzFeed, O: The Oprah Magazine, Pitchfork and Chicago Tribune, among others. Go Ahead in the Rain: Notes to a Tribe Called Quest was a New York Times bestseller and a National Book Critics Circle Award and Kirkus Prize finalist and was longlisted for the National Book Award. His second collection of poems, A Fortune for Your Disaster, won the Lenore Marshall Poetry Prize. He is a graduate of Beechcroft High School. In 2021, he was named a MacArthur “Genius Grant” Fellow. 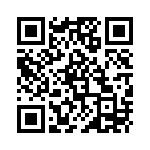