a critique on the role that microfinance plays in the neoliberal economic period we live in now. Well argumented critique on this favorite development tool of the liberal world order. Read full review 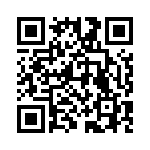