a christmas carol by charles dickens

Charles Dickens, 7 February 1812 - 9 June 1870, was an English novelist, generally considered the greatest of the Victorian period. Dickens enjoyed a wider popularity and fame than had any previous author during his lifetime, and he remains popular, having been responsible for some of English literature's most iconic novels and characters.

Monica Dickens, MBE, 10 May 1915 - 25 December 1992, great- granddaughter of Charles Dickens and author of over 40 books for adults and children. Disillusioned with the world she was brought up in - she was expelled from St Paul's Girls' School in London before she was presented at court as a debutante - she decided to go into service and her experiences as a cook and general servant formed the basis of her first book, One Pair Of Hands in 1939. She married a United States Navy officer and moved to America where she continued to write, most of her books being set in Britain.

Monica Dickens had strong humanitarian interests and founded the Cape Cod and the Islands Samaritans in 1977, and it is for this charity that she recorded this audio edition of A Christmas Carol to benefit Samaritan crisis lines, support groups for those who have lost someone to suicide, and community outreach programs. In 1985 she returned to the UK after the death of her husband, and continued to write until her death on Christmas Day 1992. 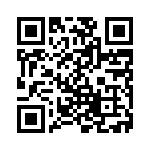