First a semiotician at the University of Bologna, and a leading figure in contemporary Italian culture, Eco brought semiotics to fiction in his first novel, The Name of the Rose (1980). This unexpected international best-seller employs the techniques of a detective novel along with sophisticated postmodern narrative and verbal conundrums, to recount a series of murders in a medieval monastery. Eco's fascination with the Middle Ages began when he was a student at the University of Torino, where he wrote his doctoral thesis (1954) on St. Thomas Aquinas. The Name of the Rose (1980) won the Premio Strega and the Premio Anghiar awards in 1981, as well as numerous international awards. His title The Prague Cementary made The New York Times best seller list for 2011. 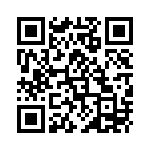